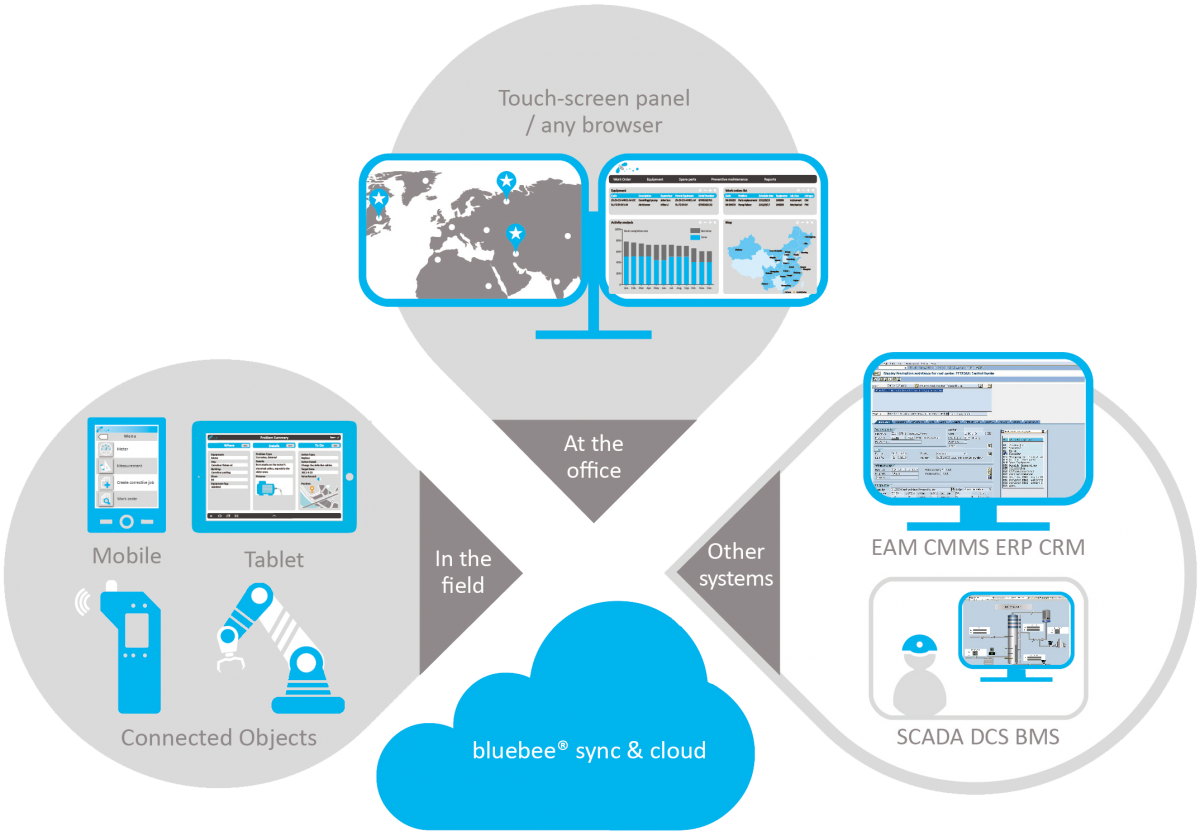 The toolkit is available as part of bluebee® sync, when bluebee® mobile or cloud solutions are involved (usually for multisite risk management applications), and as a Coswin 8i interface module for stand-alone Coswin 8i projects (usually plant maintenance applications).

Unlike traditional interfaces, which feature a transfer of data to trigger work orders in the CMMS, often without practical application other than replacing the phone and sometimes with unwanted results, such as thousands of repeated or false alarms accumulating in the CMMS database, the Siveco integration approach was designed by maintenance experts to bring true value-added to both operation and maintenance users.

Siveco Group draws on over 30 years of experience integrating with automation and monitoring systems – a concept that only became popular among CMMS suppliers in the 2000s and still today is considered "advanced" by vendors and clients alike. We have been doing it for 30 years! As part of its innovation program, Siveco Group has worked with leading universities and government-sponsored research programs (such as the European PROTEUS program), working on interoperability issues with leading automation system vendors as well as major plants operator-owners from both the private and public sector.

With the standard integration monitoring integration toolkit, both systems' HMI can be integrated, meaning that operators can view CMMS data and access its functionalities from the control system HMI. This seemingly simple feature provides unheard-of support for work productivity improvement, fault diagnosis, safety management and decision-making.

Traditional CMMS are usually designed to only receive data, but are not able to treat them apart from automatically launching a work order. In practice this leads to a confusing accumulation of work orders that do not deserve the maintenance department's attention. It also reinforces a reactive approach to maintenance (reacting quickly to alarms or problems) – in fact corrective maintenance – rather than the true preventive maintenance is was intended to enable.

In contrast, Siveco solutions are able to roughly forecast the next maintenance date, based on trends and historical records and to already plan the work order. When the IoT data finally reach the defined threshold, the already-planned work order is simply released. While it is always possible to interface different systems through specific software development work, design mistakes, bugs, unforeseen problems (due to large amount of data for example) may result in poor reliability. Upgrade of any one of the system will often require redeveloping the interface. Long term support may be problematic and costly.

The integration platform is independent from third-party vendors and has already been applied to various IoT and DCS/SCADA systems, including those of: IoT cloud providers Baidu, Amazon; automation suppliers ABB, ACOEM, Emerson, GE, Schneider Electric, PCVue, Yokogawa, etc.; as well as many more specialized or lesser-known solution providers.

In a world where cyber-threats have become a major concern, the security of the automation system must remain absolute. As far as maintenance is concerned, the CMMS should never disrupt operations: communicate is strictly one way, the CMMS does not control the facility. The Siveco standard integration toolkit, part of bluebee® sync, ensures a fail-safe design. 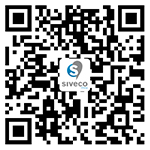